Published: Wednesday, 13 January 2016 06:41 | Print | Hits: 2556
WHEN it comes to movie tie-ins the best thing that can be said in the gaming world is that it can be a mixed bag. But, Mad Maxis hell of a game. producers
Avalanche has really made a fine example of how to do  tie-ins. This game means business and won't take any sh*t.
Just like the Like the titular Mad Max we already know and love.


The story follows the story of Max when he has first encountered Scrotus (yes the names do follow in this fashsion) in a fight that inevitably loses and in the process losing the semi-immortal machine 'Black on Black'. 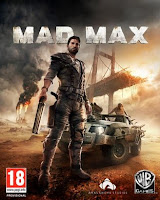 However, that is not the end as a 'blackfinger' named Chumbucket saves Max and then helps him gain all the nessacary tools to help the wasteland and fuel his escape from it all as he wants get past the plains of scilence to something better... He hopes!


The game is packed with lots of things to do from camps ranging from tranfer pump stations holding crude oil and gussoline with other camps owned by Top Dogs (warriors Scrotus believes will be best to look over the territory he has given them).
There are many places to salvage scrap to make parts for your car and convoys the have special hood ornaments that give the car stat boosts. Needless to say there is a lot to do in Mad Max and much more to see and do than already mentioned.

This game is a technically brilliant, the combat on foot and in the car flows brilliantly with next to no problems.
The story on the otherhand is good but not brilliant but if you're not familiar with the films we'll say no more rather than spoil it... and we don't want that!
The main problem with the game is that in places it is a bit too easy for experienced gamers. The more you do things in the wasteland the more you upgrade Max and the car making it all a bit too easy. Having gone through about half the game most experienced players will have only died a few times.

Mad Max is a fun game that takes time to complete if, if you have time that is, but if you do it'll be an enjoyable story, good gameplay and a pretty 'metal' game from a pretty 'metal' franchise!
All in all if you like open world third person shooters with absurd amounts of violence this is the game for you!
Review by Zakk T